If it’s your first time playing any of these, DO NOT START ON ULTRAVIOLENCE. I do not balance my mods the same way Id did with the original Doom. If you insist on playing every mod on UV your first time through, you forfeit your right to complain about difficulty.

A hillbilly space elf braves a dangerous planet to save the galaxy. 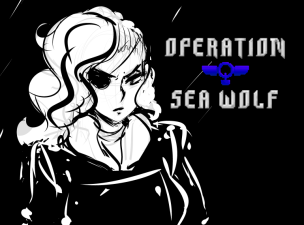 8-level remake of Operation Arctic Wolf set in the Junoverse. 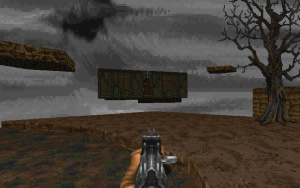 A reboot/sequel to another terrible DOS shooter. 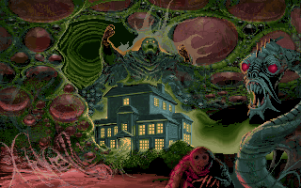 TC based on Splatterhouse.

An awesome adaptation of Robocop for Doom II.

I remade a terrible DOS shooter of the same name. 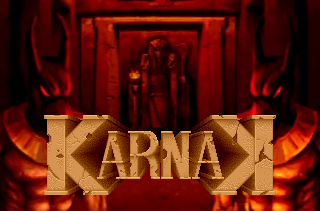 Gameplay mods that change Heretic, Hexen, and Deathkings into a scifi-&-sorcery epic.

A Lovecraftian mod based on the Amiga game of the same name.

Escape a city of the moon before it is destroyed by dinosaur men from outer space.

The Cronus Camp for Wayward Boys

Demo of a stealth horror game for Gzdoom.

Attack of the Killer Tomatoes

Guns and monsters replaced with the dumbest crap imaginable.

A reproduction of the original Alone in the Dark mansion, including the underground caverns.

Play it with Pirate Doom for the best results!

I combined all the Sailor Moon mods into a single mod, with my own weapon pickup sprites. 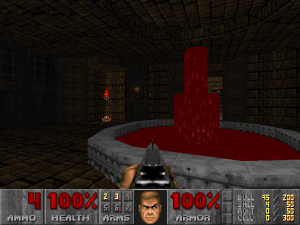 Made for Mayhem 1500 at Doomworld, using the Gothic texture set.

Explore a gothic castle in search of a sleeping vampire.