Where No Toy Has Gone Before

The title is actually a joke. EVERY toy line in the 90s went the Mighty Max route, from Power Rangers to Ninja Turtles. You name it, there was a micro-playset of it. One of the coolest was the Starship Enterprise from Star Trek: TNG! 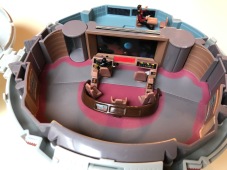 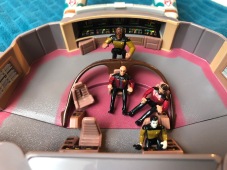 This recreates the bridge of the Enterprise in vivid micro-detail, though I wish it came with a lot more figures. I had to grab a few extras from elsewhere. While the bridge is the main draw, there’s a few other nicely detailed areas like the brig, the captain’s ready room, and the bar!

I always wanted one when I was a kid, and managed to get one long enough to take some ridiculous photos. 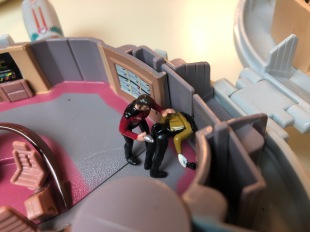