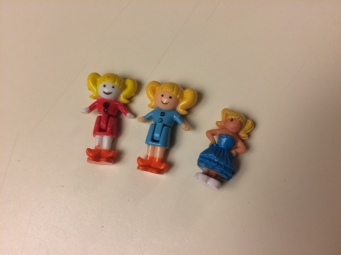 Remember this little gal on the right? I was right that she is indeed from the Lovely Kitty toy line and its cousin-lines (Petite Princess, Pretty Pixies, Betty’s Club), but it seems it was used for the locket playsets. I got a carded one recently that supports this:

Here we see another non-articulated mini-Kitty (or mini-Betty in this case), striking a different pose. Makes me wonder if each set came with its own doll, or if they were randomly assigned like Mighty Max.

I wrote a guest blog post about Sammy Steel for the awesome Little Weirdos blog about collecting odd little toys and figures. Check it out here!

I give a basic overview of the toy line and summarize each of its three series. The article uses an assortment of photos from my Sammy Steel articles.

I really, REALLY hope this thing is legit: that a toy company repurposed the mold for Vicious Volcano when the Flintstones movie came out in 1994 (one year before Sammy Steel was a thing), and made this cute little playset thing. 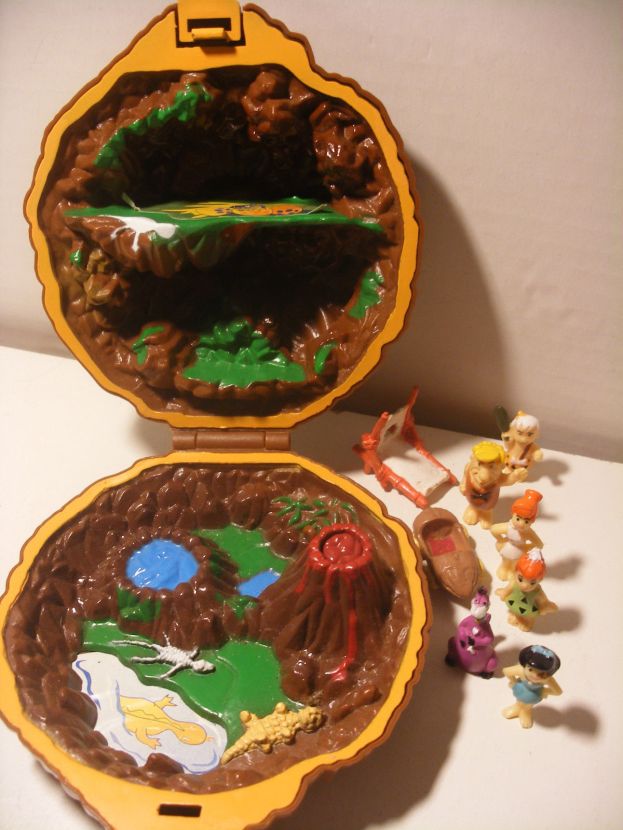 Presumably if it IS real, there were two, and half the figures are from the other set.

Even if it’s a custom job, it’s pretty badass. Haven’t been able to find the figures anywhere on their own, and I don’t know yet if I want to shell out what the seller is asking for it without knowing for sure where it came from (he WAS nice enough to let me use his photos, though).

EDIT: THEY’RE REAL! Just found a listing with carded sets being sold in France! Apparently Flintstones were extremely popular there. 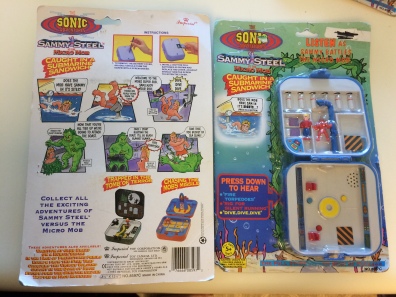 I recently acquired FOUR Submarine Sandwich sets, all on the card, courtesy of a nice lady who found them at a Goodwill of all places. Now we can get a closer look at a Series 3 set in its original packaging, and the goofy comic that accompanied it.

Best of all, one of them still works! Here are the sounds this set came with:

This was an awesome find and I hope to find more carded sets in the future. Wishful thinking, I know.

Sammy Steel US vs UK

I finally got my hands on some of the UK variants of Sammy Steel, and have put together a proper photo comparison. My UK variants are missing some pieces, including both Sammies.

For whatever reason, the Vicious Volcano exterior was given the Face Mountain interior in the UK. The paint is glossier inside and out, and makes the little valley seem lusher and possibly mossier, compared to the more barren valley of the US version. The UK caveman looks friendlier and has blonde hair, and is made of a much more flexible rubber than the second-gen US caveman (the first-gen caveman was of the same hard plastic as the playset itself, and painted badly). You can also see that the decals are much more cartoonish, and the lake features a goofy sea serpent for some reason. 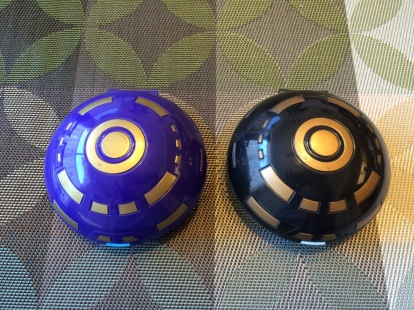 UK Sinister Saucer is purple on the outside (the UK Dome of Doom is black) and once again has more cartoonish decals inside. The UK variant’s floor depicts a kind of star chart, which isn’t as cool as the US variant’s “transparent” floor showing off the passing galaxy outside. The villains appear to be bizarro twins with more-or-less opposite colorschemes. My UK ‘Saucer is missing the radar dish and the spaceship/landing pad setup.

Years ago I somehow ended up with two spare Sammy Steel figures from Series 3. They both have homes now.

I’m not sure how much different Series 2 and 3 were in the UK, since the only ones I’ve ever seen are possibly bootlegs:

When compared to mine, the only difference is the tiny boat in the playset to the left. But again, these lack the Imperial Toys logo, so they might not be official.

UPDATE: Here are photos of a Dome of Doom variant courtesy of generous donator Enrique.

I was playing around with Mighty Max as long as I had the toys out for updated photos, and tried to come up with as many interesting environmental combinations as I could, mostly by theme. 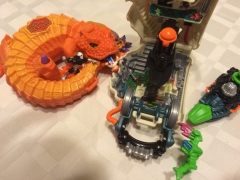 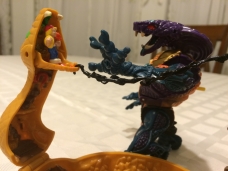 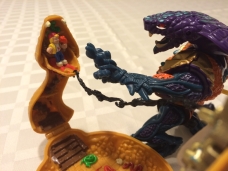 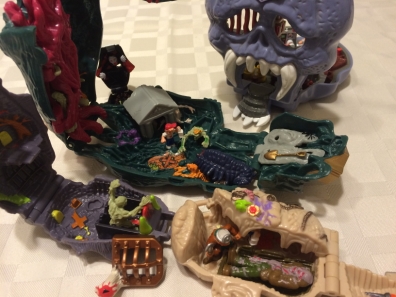 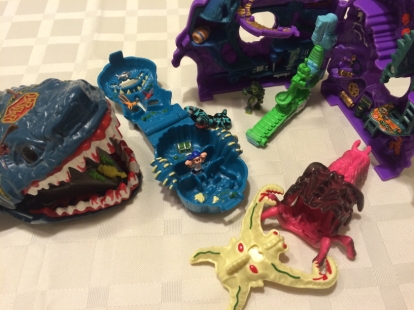 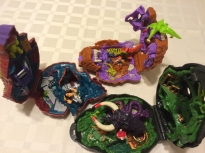 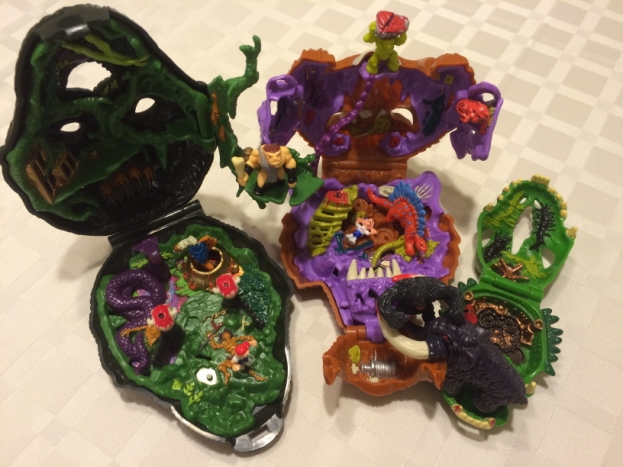 Someone on ebay recently sold me a carded Sammy Steel for cheap. It’s nice to get to see one of the packaging cards again after all these years.

Face Mountain was apparently the most common set, because I’ve seen other people selling the same set on ebay before. It’s basically a more kid-friendly version of Mighty Max Grapples with Battlecat…except Sammy actually came with a cat! The sabretooth tiger figure is pretty neat, and with a bit of a repaint would make a good stand-in for the tiger in the Max set.

I noticed, too, that this Face Mountain uses different materials than the one I originally got. The fourth photo shows my original villain figures next to the new ones. The left caveman is badly painted in fleshtones and likely molded from the same brown plastic as the playset itself. The same goes for the tiger, which has a slightly better paintjob. The figures on the right were molded from fleshtone plastic and painted a bit less amateurishly. The titular face on top of the new playset’s outer lid is also more defined and a bit less faded. I’m guessing this was a later release with better materials.

This playset has never been opened ’til now (the packaging was falling apart when I bought it, and fell completely away in transit), so it’s in pristine condition. Hopefully I’ll come into more carded sets in the future.