my first movie crush, Honor Blackman, passed away recently. Here are some photos of how I first saw her, in my fave movie from my childhood, Jason and the Argonauts. Rest In Peace, baby. You’ll always be a goddess to me.

Come see me at Drawn 2 Comics in Glendale, Arizona! 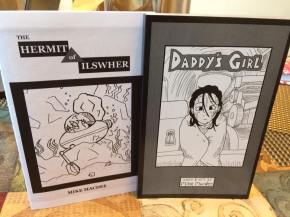 Bring cash for $5 autographed copies of:

SHADOW OF THE FOX, the ninja spy thriller.

THE GAULHEIM HIT, a sample of the Kingdom of Famine sequel.

THE HERMIT OF ILSWHER, a fantasy comic found only at my events.

Cool Bookmarks designed by me.

Kingdom of Famine can now wear this awesome badge of honor: Reader’s Favorite rated it a 5-star book! 4/5 in two categories, 5/5 for the rest! Go Juno! 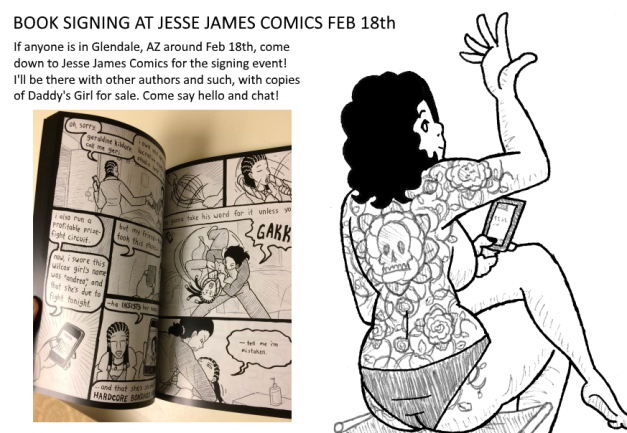 Later tonight I will be a guest author for the Written Apocalypse Podcast, for fans of dystopian and post-apocalyptic writings, where I will talk about the Winter Agent Juno series. Here’s the promo link. I’ll post the podcast when it goes up.

GET IT NOW AT INDYPLANET! 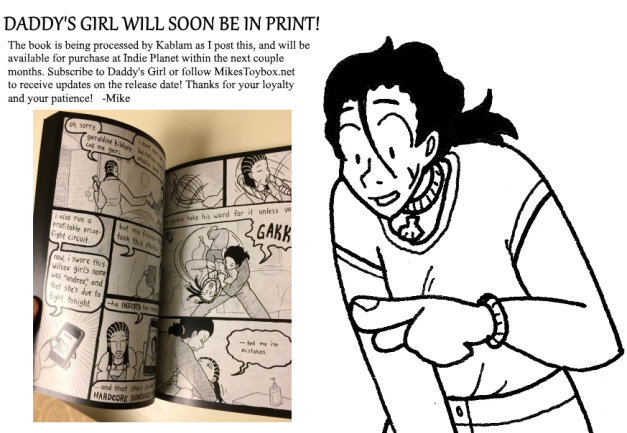 Got a Goodreads account? Enter this giveaway for a chance to win both Bishop & Holiday books, autographed by me! Interdimensional travel, red tape in the afterlife, mythical babes, three-headed dogs, alien spiders, and daemonic possession: all in a day’s work for the Bishop & Holiday Paranormal Agency.

Read about the books here. 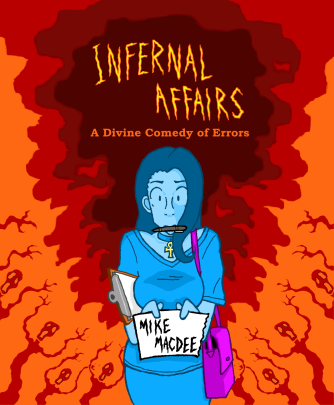 In my second guest appearance on World Extermination Radio, we have an in-depth discussion about tabletop role playing games. Well, mostly I talk his ear off about it. That’s why he invites me on the show, I guess.

My first guest spot on World Extermination Radio, talking about Doom with 40oz of Doomworld. We also bullshit about writing in general, and share our current writing projects.

My second appearance on Undercooked Analysis, where we read a confusing experiment by Dead Palette. I do some crazy impressions and stuff. 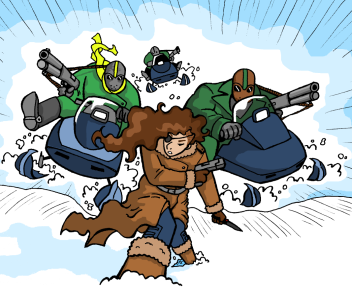 A symmetrical pair of staircases curved along the back wall and led further into the palace’s second floor.  Juno went up the left staircase and took the first left she came to, past countless ornate wooden doors and a handful of chattering valkyrie recruits, all of whom stopped their vapid conversations to stare at the scary woman with the eyepatch.

Juno stopped suddenly, and the gossiping stopped with her.  She turned and walked back to the tittering valkyries.  There were four of them, all somewhere between nineteen and twenty-two.  The smell of a superior officer induced boot camp flashbacks in all of them: they stood at attention as Juno looked them over like a drill instructor and clearly wasn’t impressed.

The sneering blonde didn’t seem any more impressed with Juno.

“Are you girls lost?” said Juno.

The four shieldmaidens kept nervously deferring to their young friend for an answer.  Juno focused on her and leaned so close she could have bitten her nose off.

“I asked you a question, cocksucker,” said Juno.

“Who the hell are you supposed to be?”

The blonde folded her arms.  “I’m Sif the Hyena,” she said.  “I’m a captain in the Lima Sorority.”

Sif’s smirk melted, and she suddenly didn’t seem so pretty anymore: she scowled like a bulldog and stepped forward.

“Listen here, Old Lady,” she said as she tapped her index and middle fingers against Juno’s chest.

Juno’s right hand struck like a rattlesnake, gripping the first three fingers of Sif’s hand and wrenching them backward into a one-handed finger lock that brought her to her knees with a banshee-like squeal.  The girl already had tears in her eyes from the rivers of pain surging up her arm; whether she tried to back away or advance, she inadvertently applied the lock further, and the pain intensified.  She could do nothing but remain where she was and hope Juno didn’t dislocate every joint in her hand.

The valkyries were staring in shock now, no longer standing at attention.

“What about you?” said Juno, startling them.

“D-Drill is over for the day, Ma’am,” said the eldest.

“So where are you supposed to be?”

“Then get your asses nowhere!”

They were flocking around the corner before she finished.  Still holding her valise in her other hand, Juno gently tugged Sif to her feet and casually led her back to the stairs like an angry mother dragging her bratty daughter back to the parking lot; wherever Juno went, the whimpering Sif had no choice but to follow, or her fingers would snap like carrots.  At the top of the stairs, she was finally released and allowed to rub her aching joints.

“Nothing drops a reader into slumberland faster than a seven-layer cake of exposition right at the beginning of a new book.”

I got to be one of the first author interviews at sethlestath.com

I talk about how I got into writing, my writing process, the differences between self-publishing and traditional publishing, and my current works in progress. Go check it out!

“Ah, greetings and salutations, Edna!  My name is Virgil.  I represent the Interior Ministry of Inferno, and the Infernal branch of Inter-Dimensional Tours Inc.”

“It’s Virgil again.  Please don’t hang up.  This is a long distance call from the First Circle, which is costing me a lot of ducats.”

“Please state your business quickly, then.”

“Are you the manager of Bishop and Holiday?”

“Ah, then you are the company’s afterlife attorney, if I’m not mistaken.”

“Yes.  I’m also balancing our books right now.  What is this about, please?”

“We have a client for you, recently deceased.  The subject claims his sentence is unreasonable, and requested an afterlife attorney to help clear up the matter.  He’s asked me to hire you on his behalf, as you are highly favored by Ma’at, Patron of Law and Order, and Nephthys, Counselor of the Dead.”

“Is he aware of our court fees, dimensional transit expenses, etcetera?”

“How do you stay in business when you keep hanging up on clients?”

“Now look here: whatever Dante was doing when he died, I can assure you he went to the right place.  Kindly remind him of the restraining order we filed against him two years ago, after he tried to produce a Broadway performance of The King In Yellow.”

“Yes, he told me all about it.  He also told me you haven’t had a client in two months, and could use the money badly.”

“Yes, yes, I’m here.  I’ll be at the Infernal Hall in a few hours for a paid consultation.  Make sure he knows it’s a consultation only, and that I haven’t agreed to anything else yet.”

“Tell the Mad Prince he’ll cover my travel expenses regardless.”

“I’ll tell him.  I think he’ll be quite relieved to see you!”