Posted by mikemacdee on July 12, 2014
Posted in: toys. Tagged: gamera. Leave a comment

I moved this item to its own blog post because, as it turns out, its super rare and almost impossible to find on the internet. 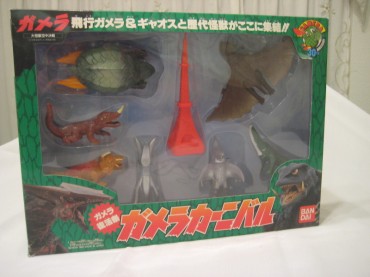 My first foreign toy purchase. This is an awesome set for a kaiju-lovin’ kid: a veritable battle royale of giant vinyl monsters! 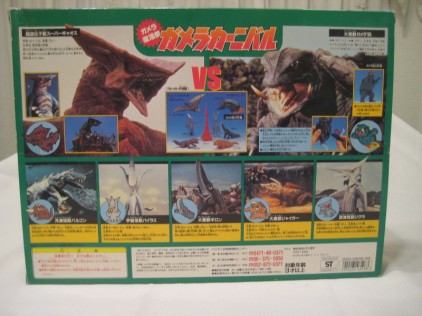 I’ve seen maybe two places online where you can purchase this: one guy selling a mint condition set (mine has a dirty and beat up box); another person on ebay is selling Zigra all by his lonesome as of this article’s posting. He’s a neat little figure, so snatch him up if you can! 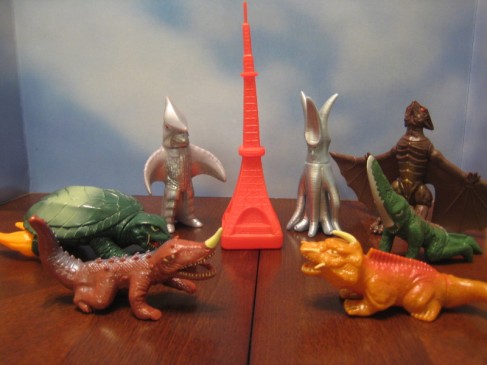 The gang’s all here! Tokyo Tower is a little bent from the constant kaiju attacks since 1954.

Gamera comes with legs, too, so he can do some Tokyo-stomping proper. 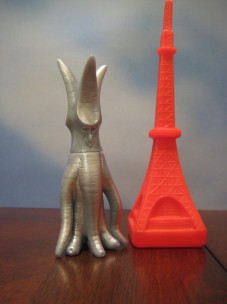 Zigra, the god of sharks and douchebags.

Barugon smells tourists at the top of the tower! 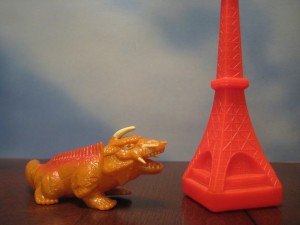 Jiger gave us a pretty smile for her photo shoot. She’s model material all right. (Get it? She’s made o’ vinyl! Haw!)

Guiron was always my favorite — a living Ginsu knife!

Super Gyaos is the only solid figure of the bunch. So don’t let your kid throw him!

The biggest downside to this set is it doesn’t include Classic Gaos, which is a real shame.  But it was released at the same time as this wicked Gamera Encyclopedia: 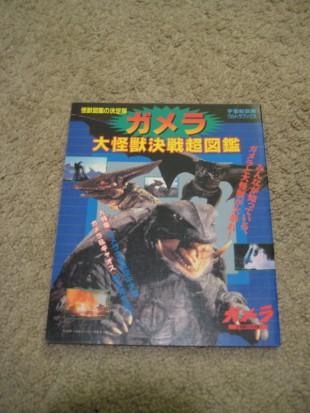 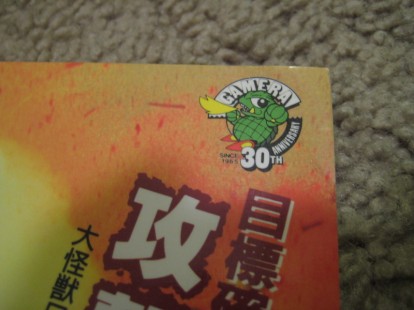