The Death of Mighty Max

This is how it ends. Not with a bang, but a whimper. This is the last shitty gasp of the Mighty Max toy line. 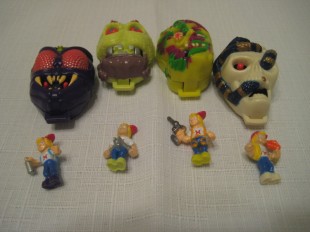 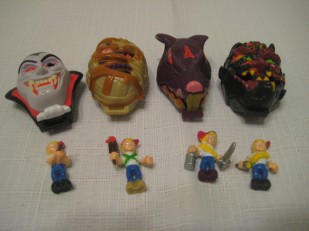 Shrunken Heads were only an inch long and featured one solitary removable piece — a unique Max figure. As playsets they’re utterly useless. 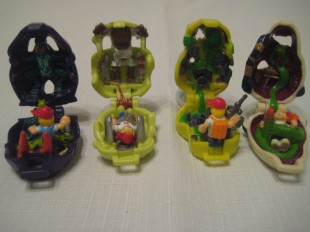 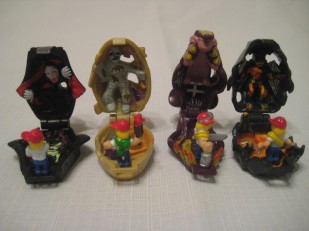 But to be fair, they do have their good points. Most of them are really nicely detailed despite the limited space therein. The Max figures are actually pretty great: each one is unique, and you could use them as replacements for any of your normal Max figures. There’s a Max here for every conceivable situation, from exploring dark caverns and crypts to shooting it out with alien invaders. Pictured from left to right: Insectoid, Brain Face, Head Case (Meltdown), Wraptile, Vampyre, Mummy, Rat Trap, Rock Monster.

There were two Shrunken Heads series. I didn’t bother with Series 2 because they were based on the cartoon, badly designed, and ugly as hell. Series 1, the original designs, were all pretty damn cool in their own way, if you don’t mind them being glorified carrying cases.

The Heroes and Villains line of figures is a mixed bag. Some of them are pretty badass, especially the Norman, Virgil, and Cyber-Skull figures. Many of them are just drek, including the Max figures which don’t look all that great and are incompatible with the standard “Max sockets” in the playsets, which any other Max figures can stand in. Still, all of them are remarkably well-balanced and can stand up on their own, even the ones that look like they shouldn’t be able to.

Note: this comprises three of the six H&V sets; while these were based on the cartoon, the other three sets were reproductions of Doom Zone figures, usually recolored. I didn’t get those ‘cos I was usually responsible enough not to lose the toys I cared about (in the twenty-odd years I’ve been collecting these toys, I only ever lost 1 piece).

Less nice things can be said about Terror Talons, one of the last giant sets produced. Remember how bare the average Horror Head was as far as detail and interactivity were concerned? Take that, make it twice the size of a Doom Zone, and you get Terror Talons. It has a neat monster face in the side of the playset, with moving jaw and eyes. It has a cool alien leader dude. But nothing justifies the size nor price of this thing — at the very least it should’ve been a Doom Zone, for how little bang you get for your buck. Terror Talons just doesn’t compare to any of the other Super Doom Zones, although I guess I gotta give it credit for not using any tacky decals. 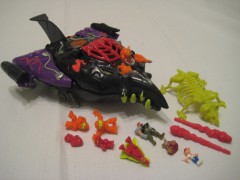 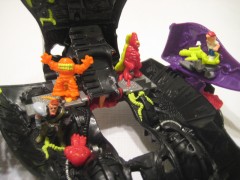 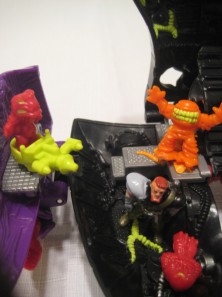 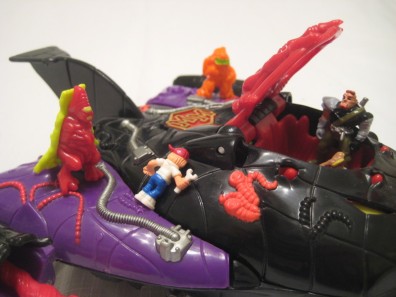 Which brings me to Exhibit C, and the most damning evidence of Bluebird’s lack of interest in Mighty Max: the Monster Heads. 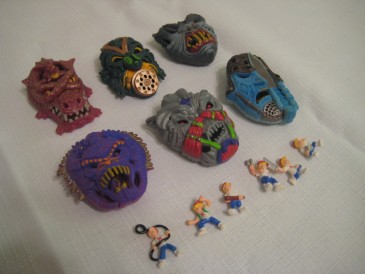 I misplaced one of the Max figures that came with these, and substituted one from a figure collection. It’s only fitting that I put as much effort into the photos as went into the toys themselves.

This is enough plastic for two more Horror Heads, in which the two interesting figures (the purple dragon-panther and the red dude with the cape) could’ve been used. 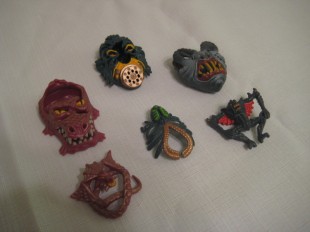 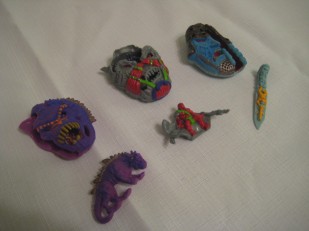 What a waste of resources. Between these and the Dread Heads — ugly heads with Troll Doll hair and articulated jaws for holding a single Max figure, which I won’t even justify with a photo — you have the final nail in the coffin of Max’s adventures. Which is just as well, as that poor kid is probably resting in an asylum somewhere in Massachusetts. 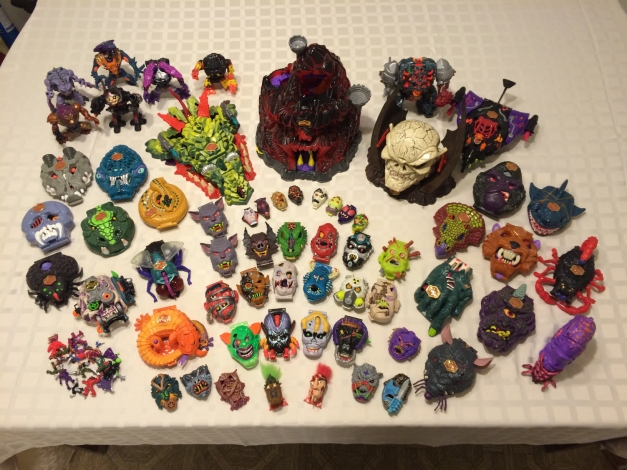 6 comments on “The Death of Mighty Max”