Okay, okay, it’s not actually a Mego. BUT it’s not far off and fits right in with my Mego collection. 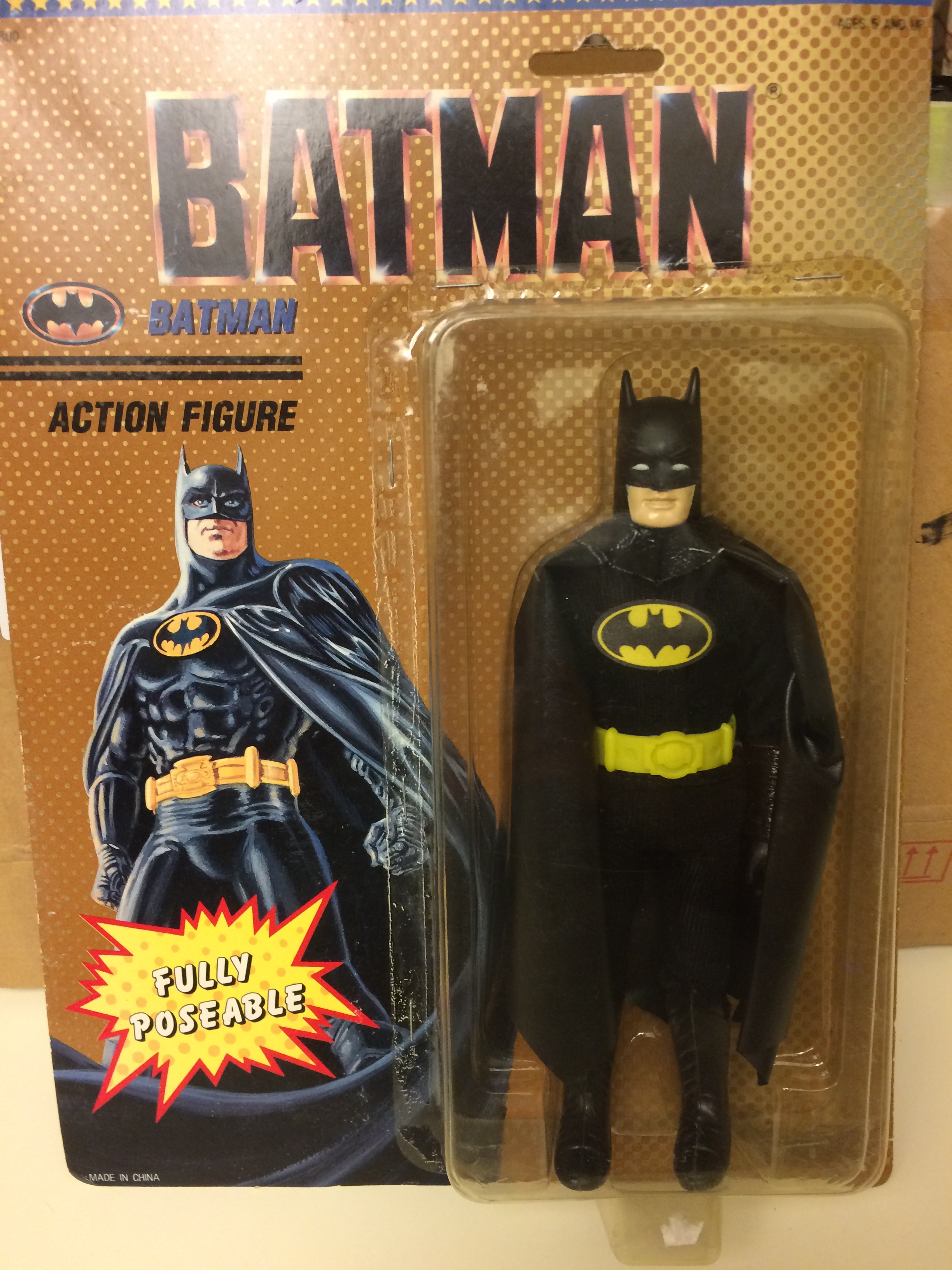 This doll was possibly produced by Toy Biz after the classic Tim Burton Batman was released in 1989 (EDIT: actually Kids Biz of Australia). There were a ton of action figures and accessories based on the film, all using the same eye-catching gold-dotted backdrop emblazoned with the BATMAN logo. Almost all of the toys were the usual 4-inch figures, except this oddity here which is clearly inspired by Mego’s equally classic superhero dolls — keep in mind the film was released in 1989, and Mego had only just gone out of business in 1982. Some Mego dolls were probably still in toy store surplus bins. 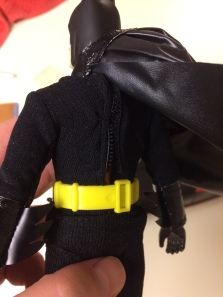 He stands at the same height as Mego Batman, plus a centimeter or so, and sports many points of articulation: he’s essentially an 8″ GI Joe, minus the articulated waist. He’s also made of plastic rather than soft vinyl like Megos, and I would gather he’s not quite as durable (although I’m willing to bet his metal joint pins last a hell of a lot longer).

I’m not as keen on the quality of his flimsy shirt and pants (virtually see-through at points), and would’ve preferred a plastic body in the style of the film suit. His cape looks more impressive in the packaging than out, though I appreciate the stylish fold at the front.

He might serve as a useful source of custom Mego fodder, theoretically. His neck is wider than the average Mego, since he is based on the Tim Burton Batman after all — the throat of the cape can easily hide whatever you do to make the head fit a Mego body. The head sculpt is pretty cool, though it doesn’t resemble Michael Keaton nearly as much as Neal Adams’s Batman — if you’re planning to make a Mego of the latter, this is practically dead-on and only needs more blue on the cowl to make it perfect. The utility belt appears Mego-sized and would be easily transferred to a different doll body.  Strangely, while his wrists are not articulated, his ankles are, so his boots are indeed removable and probably fit Mego feet just fine.

But the most important question is: can he drive the Batmobile? 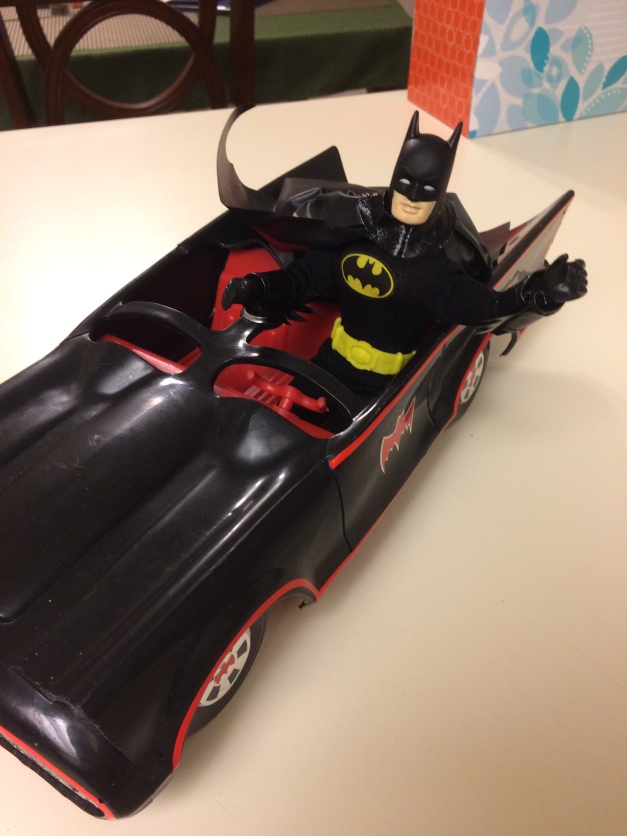 The answer is a resounding yes.

Overall he looks nicer in the packaging, but he’s great fodder for Mego hobbyists…if you’re willing to shell out the bucks to get one. They usually run for about $120 carded, and I have yet to find a loose one. Otherwise keep him carded and make him a handsome addition to your Bat-Collection.

Too bad they didn’t make the other characters. Would love to also track down a Joker, Bob, and Vicky Vale. And a 1/6 scale Tim Burton Batmobile, of course.