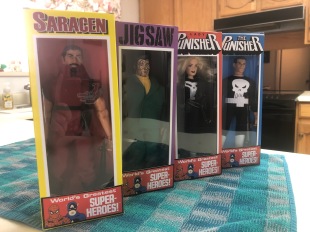 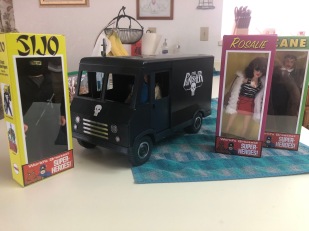 My quest to create a Punisher lineup for Mego has nearly reached its conclusion! I’ve ended up with six dolls — three good guys and three bad guys — plus two vehicles. Punisher, Micro, and the Battle Van were covered in previous articles. Here’s the rest of the lineup! 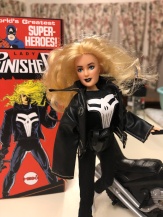 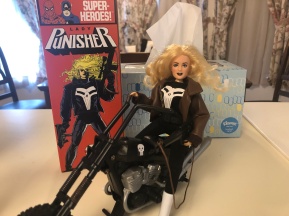 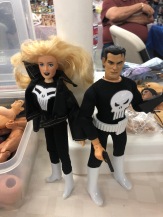 Lynn Michaels, aka Lady Punisher! A lovely cop turned vigilante with an unhealthy infatuation with the Punisher, Lynn looks great no matter what she wears or how I pose her. She has a sick black leather jacket (the brown FTC one was disintegrating before my eyes–typical) and a police revolver holstered on her hips. She looks best on the Punisher Cycle, so I’ve pretty much given it to her. Lyn Stahl of Metalhead Minis provided the black lipstick. 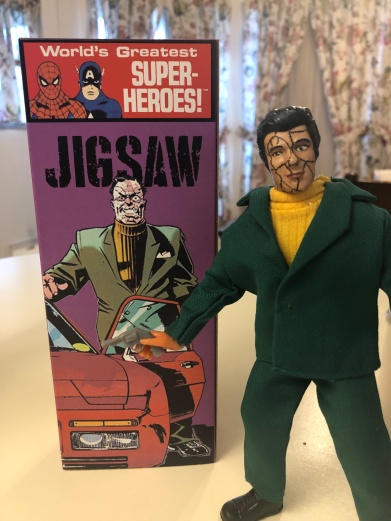 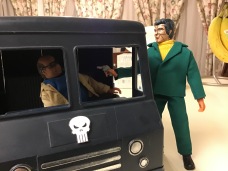 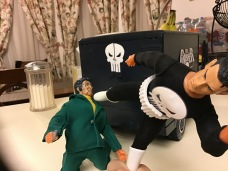 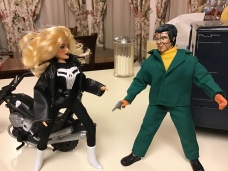 Jigsaw! Known as Billy “The Beaut” Russo before Punisher threw him face-first through a window and ruined his pretty mug, Jigsaw’s had it in for Punisher ever since The Amazing Spider-Man #162. I had to revise his shirt color from red to yellow, but otherwise he’s a great likeness. Thanks again, Metalhead Minis! 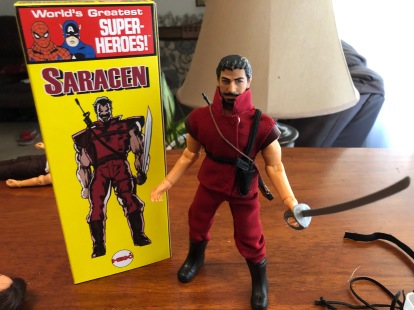 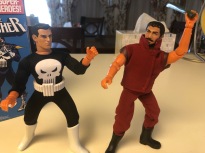 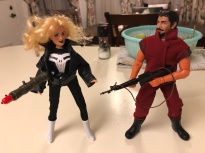 Saracen! A badass arab mercenary and terrorist who keeps crossing paths with Punisher, first as an ally, then as one of his most hated enemies. O. T. Puente provided the sick-ass suit that’s identical to his costume in the comics. 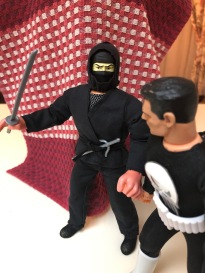 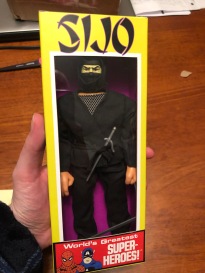 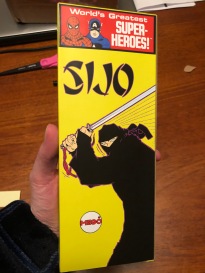 Sijo! While not as well-known as the other villains in the lineup, Sijo has the distinction of being responsible for the death of Micro’s son in Punisher #9. A behemoth from Japan who loves causing pain, he was a worthy adversary even though he only lasted two issues. 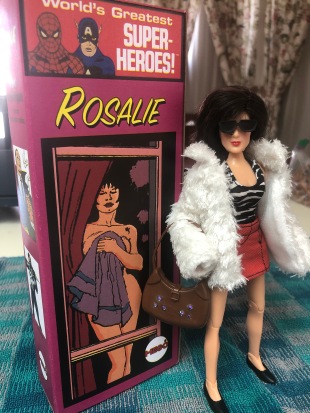 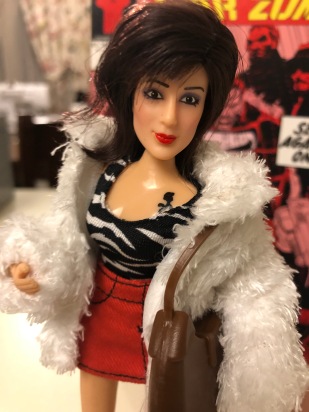 Rosalie Carbone! The mob princess with a grudge was a tough one to pull off. Finding the right outfit for her was enough of a chore — the real doozie was that nose ring. The end result is rather chic and looks like the sort of girl you wouldn’t take home to mother. 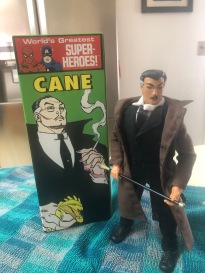 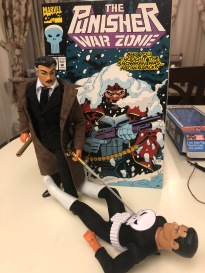 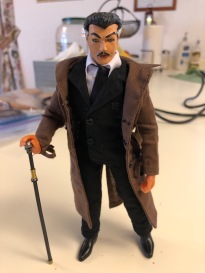 Cane! AKA Lorne Quickfall, one of seven contract killers hired by Rosalie to kill the Punisher. Cane was my favorite, and was the most fun to make into an action figure due to his gimmick of using weapons disguised as walking sticks. The cane sword was the toughest accessory I’ve ever had to produce, but it was worth it. 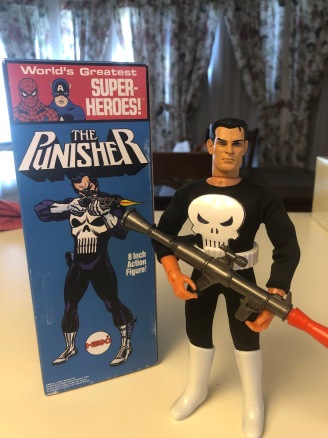 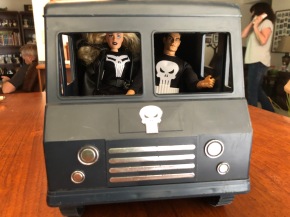 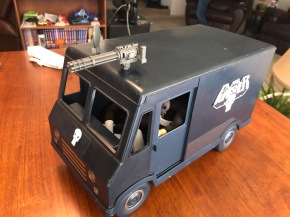