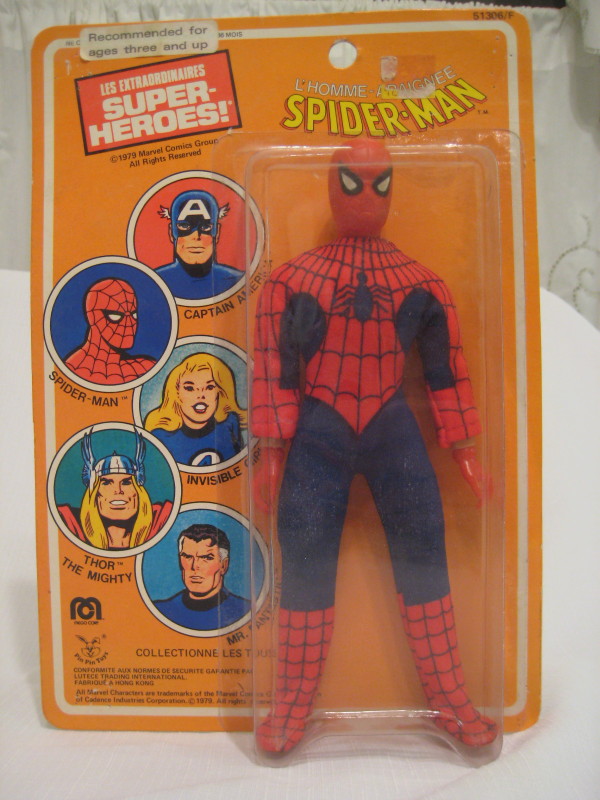 French Mego Spidey, my first purchase as an official collector for a whoppin’ $16. Mego made these dolls in the late 60’s and early 70’s; they’re a favorite item among many toy collectors, and for a while I’d wanted to collect them myself…’til I realized the price range for the average doll on ebay, that is.

His leg broke recently, and he’s currently still in the emergency ward until I can replace the broken knee pin, or get a pristine new leg to match the rest of him. He’s in great condition, and my first Mego, so he’s getting no less than the best treatment.