There are a number of Mighty Max toy variants that collectors will want to be aware of, some much rarer than others. I don’t have a single one, so I had to borrow photos from ebay and other places once again in order to archive them here. Excuse the occasional bad photo, since I didn’t take these, and due to Photobucket deciding to flush itself down the crapper and yank away everyone’s off-site hosted pics, I had to borrow thumbnails in some cases. 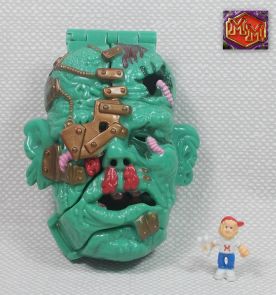 Corpus (Series 2) got a pastel makeover to make it less scary, I guess. Now it looks like the worst easter egg ever. 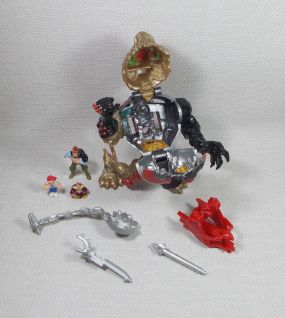 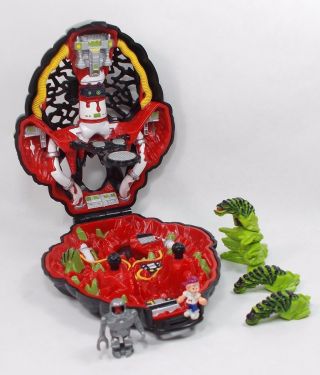 Ice Alien (Series 1) has a rarely seen cousin, the Fire Alien. I’m not sure if that’s what it said on the card, too, or if that’s just the nickname for this odd variant, which may have come with one of the UK multi-packs.

Wolfship 7 (Series 1) gets another gaudy color scheme that makes the original toys look positively subtle. Either that or these variant aliens are colorblind. 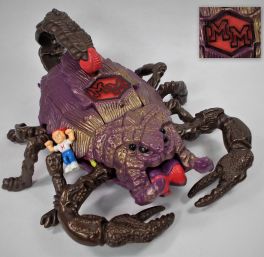 This is an official variant of Scorpion (Series 2), made to resemble as closely as possible a shitty custom paint job by a mong on the internet. 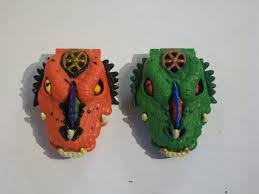 I hope to find better pics of this one: the red variant of Kronosaur (Series 1), which still looks ridiculous, but not quite as bad as the others. 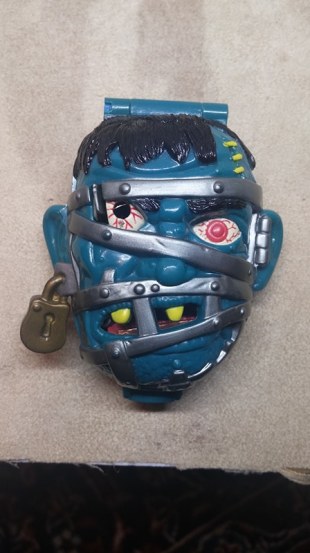 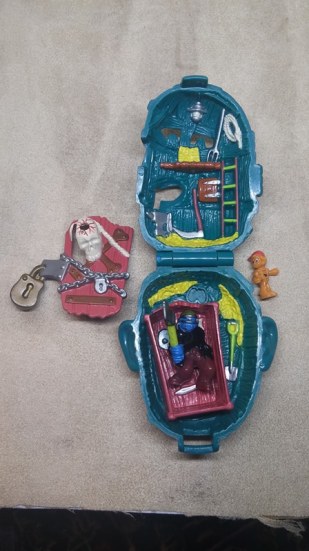 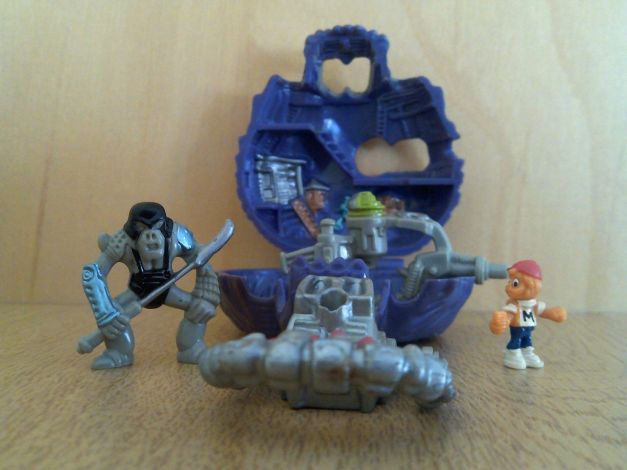 I’ve also seen variants listed of Arachnoid, Skull Dungeon, and Doom Dragon (Series 1). The Arachnoid variant has a near-imperceptibly browner case, and with the latter two I failed to see any difference from the originals. As far as I know, these are all the official variants. Anything else is probably a knockoff or a shit custom repaint.